TruthFinder Reviews: TruthFinder is a record company that offers a background search of names and its info. You may wonder how correct this can be, but FAQs will tell us the gist. 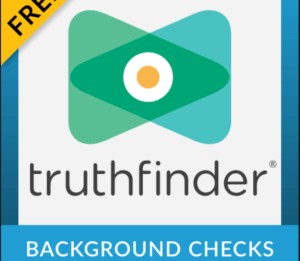 However, this company is owned by “Control Media Company”. This is the same company that owns Instant Checkmate. Does having two companies they run make them the best? That is a good question. Let’s look at the features of this wonderful place.

The Truth about TruthFinder

Here, there are two types of membership registration you can belong to. Firstly, there is 1-month membership signup and a 3 months membership type. Besides, each of them has a price they attract. So, for the first one, the prize is $30.00 per month and the second one is $26.00 per month.

Note: we are not going to hide anything from you about the TruthFinder.

TruthFinder makes use of Predictive Technology to produce results and to build a tree of family interaction. As such, they are lots of wrong information passed on.

This site was founded in 2014 by Kristian Kibak, in San Diego, CA.

However, just as you can sign up for this with great speed, it is not easy to cancel the plan. Meanwhile, this has been a major complaint of many users. For instance, some said the system was slow and some information is not correct. Again, the customer service was reluctant, according to one of the complaints.

The truth is if you have found yourself in it and you want to get out; there is only one way for you to do that.

TruthFinder Reviews – How to Unsubscribe TruthFinder?

To do this, call (800) 699-8081 or move on to the settings and cancel your membership. So, login at www.truthfinder.com/login. However, don’t hesitate to demand a refund from TruthFinder when you didn’t approve the subscription.

Will the person you look up to be notified?

Absolutely no! This is because the finder is always private and as a result, the person you go after won’t know. Mind you, finding the truth about a person is legal under the Fair Credit Reporting Act. But then, you can use the information you grab here to make decisions about employees, insurance, Or other purposes.

Yes! There is TruthFinder app for your iOS and Android phones. This enables you to run a background check on your phone this time around.  Anyways, this is a registered company which means that it can be trusted despite the challenges faced by the complaints. Nevertheless, the issues faced here is one side of the services which the automatic billing plans and how to cancel it.

Of course, there are so many other alternatives that you can count on just like TruthFinder. They include the following: