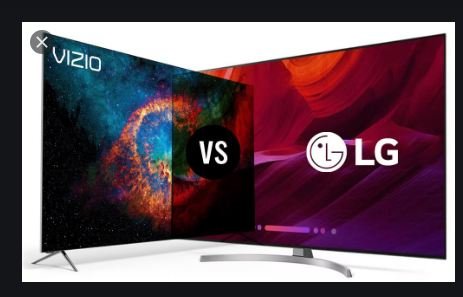 Let’s get to know about Vizio. Vizio is an independent company based in Irvine, California. It was founded in 2002 by William Wang – its chairman, chief executive, and majority shareholder. His intention was to combat widespread overpriced TVs on the U.S. market.  To achieve this, he partnered with Asian firms to handle the manufacturing. He was even funding the company with a home loan and investments from venture capitalists. His growth started when he got a distribution contract with Costco.

It became a leading HDTV and sound bar brand from 2014 to April 2017. later, it started producing other electronics like mobile phones and tablets.

Furthermore, in 2017, Vizio was scheduled to be sold to a Chinese firm – LeEco for $2 billion. But, Vizio backed out of the proposal because of “regulatory headwinds” relating to the Chinese government’s crackdown on foreign corporate investments.

At some time in the past, Vizio televisions were almost all made by AmTranTechnology.  It was a Taiwanese company that owns and operates many factories across Asia. The sets were manufactured in many factories. These factories were owned by Americans, and AmTran itself was paid by Vizio to manufacture and assemble the TVs. But that was in the past.

Some companies like Samsung and LG make their own TVs but at a higher cost. Vizio focuses on making TVs very affordable for average consumers. To do this, they source for labor and production costs. She has an affiliate who helps her to produce and assemble the TVs.For instance, Foxconn helps in the manufacturing of the Vizio television sets.

This firm at the moment has five main lines of televisions on the market. They include; the D-Series, E-Series, M-Series, P-Series, and P-Series Quantum. Each has its special features and sizes as well as price. But the most affordable one is the D-Series and E-Series. These range in size from 24 inches to 70 inches. Also, the price range from $149.99 to $799.99. However, the feature set is more limited than on the other lines, its major selling-points are the 4K Ultra HD and a high dynamic.

Further, the E-Series​ is a step up from the D-Series. It comes with more Dolby Vision HDR and Active Full Array. Still, it has the 4K Ultra HD. The prices are from $329.99 to $1,299.99 while their sizes are from 43 to 75 inches. Vizio is known for smart TVs, and both the D-Series and E-Series sets feature the 2018 SmartCast OS, which means you can connect to devices such as Alexa and Google Assistant and install a huge range of apps directly onto your TV.

This refers to the more elaborate featured and expensive TVs. They range from 55 to 70 inches and are priced at between $599.99 and $1,499.99. They have Active Full Arrays with improved plus versions. Further, they add Ultra Color Spectrum, which gives a set’s pixels over one billion colors to work with – and further upgrade the Active Full Array for extra dark zones. You can get them from $649.99 to $1,799.99, with screen sizes from 55 to 75 inches.

P-Series Quantum​enhances the Active Full Array and makes use of Quantum Dot technology. Quantum dots generate a purer and brighter display of colors than is available on traditional TV sets. The price is $1,599.99. Actually, the higher-end units also feature the SmartCast OS.

These 2 are giants in the TV industry. However, Samsung has an edge over Vizio.  Actually, Vizio is better than Samsung in a couple of areas: the number of ports for making connections on the TV and the price of the TVs. The two are tied in: the display technology the sets use, the display resolution, and the physical size of the whole unit. In terms of affordability, Vizio is better than Samsung.

On the other hand, Samsung has a definite edge in the better range of screen sizes available and the image and audio quality are higher. Further, the smart TV options from Samsung have a slight edge over Vizio’s offerings.

Is Vizio a Good Brand?

Viziosells like crazy.  This is because it combines quality with affordability. As she sells cheaper than most other same quality with her products, she has more customers. She gives you high-quality TVs with a great picture, clear sound, smart TV features, and cutting-edge technologies like quantum dots. If you are yet to buy a TV set, go for Vizio.

I hope you got value. I am sure you have mastered Who Manufactures Vizio Televisions? Please keep your questions in the comment section.