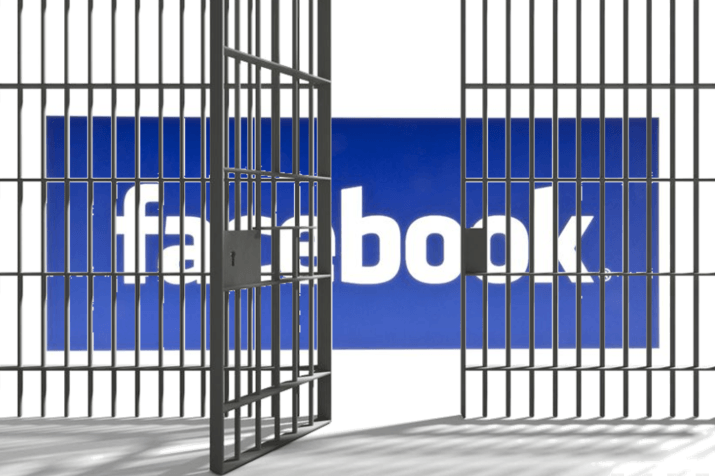 I know most of you have come across the statement – “my account is in Facebook Jail”. If you never heard that – you might be thinking what the hell does that mean! Though is not something that happens oftentimes some Facebook account holders had experienced such a scenario before.

Anyways, is not as if it’s a physical jail though, but Facebook did develop a way of punishing those who have continued guideline infractions.

Like we already said in the introduction, some few accounts have come across policy infraction, some get cut while some don’t, even those that get cut some account get disabled for some time while some are completely deleted from the Facebook database. So to stay out of Facebook Jail your account should operate totally on Facebook guidelines and rules and you will be safe.

Tactics to help you stay out of Facebook Jail

Quickly we are going to share some actions and tactics that when you practice you are sure your account won’t be blacklisted:

Tactics #1: Sending Friend Requests to People you Don’t Know Personally can get you to blacklist

Facebook is particular on friends request, that’s why they only suggest people you may know, but when a user starts sending a friend request to people he/she don’t know to Facebook it appears to be a spammy act.

This act may result in been temporarily blocked from sending friend requests. How Facebook knows is when friend requests you’ve sent is unaccepted or have been marked as unwelcome. Facebook immediately detects that and blocks you.

Facebook as large as it is, still maintains the use of the platform and still canvas for the right usage. And they are some specific actions they prohibit on their channel. Things like nudity or sexually suggestive content, hate speech, credible threats, or direct attacks on an individual or group, excessive content, content that contains self-harm or abuse of any kind, fake or impostor timelines, and SPAM of any kind.

Tactics #3: Pushing Many Messages out regularly

Yes, you hear people tell you – post often so you develop an organic presence. As through as that is. Facebook still penalizes account that sends out too many messages. If a user sends too many messages to anyone (even people they know) it can be marked as spam.

Preferably 5 to 7 post or messages is still ideal in a day. That doesn’t mean if there is a need to go beyond that you shouldn’t but always stay moderate. Not only because of Facebook jail more so because of users not pissed off by your plenty messages.

Tactics #4: Create a Business Page Instead of using your profile to do business

As I write now many businesses on Facebook are still using their profile instead of a Page for business transactions. Though we also know that many of the profile was created in error by business owners who didn’t know any better, but then kept using them because they were reluctant to start over with a Page and lose their following.

Yes, the reason for the continuity might be genuine, but the reason business pages exist is so business owners can operate a business.

Facebook gives users (personal profile) huge credibility and functionality while offering up an effective way to do business via Facebook. As of 2013, Facebook started pulling down personal profiles that do business instead of through a business page.

An account on Facebook gets banned if the user engages in Facebook prohibited rules and guidelines. So you get banned when; continue violating the prohibited rules, when you constantly advertise or promote with a personal profile, not a page, when you use a fake name to create a fake profile and when you impersonate a user or a business or brand.

In sum, having listed all the safest measure to stay out of Facebook jail and not get blacklisted, more so – is to get enlightened with what Facebook allows and what they don’t. That way your account won’t end up in “JAIL”. So put yourself through the learning process and read Facebook’s Terms of Service.