Do you use a dell computer or laptop? If yes do you often need to take a screenshot with it but don’t know how? Don’t worry, you are not alone in this. I once did not know how to do that too. I am going to guide you to easily learn How to Do a Screenshot on a Dell Keyboard. All you have to do is to read carefully to the end. When you finish, practice on your dell keyboard.  Simple right? Let’s go. 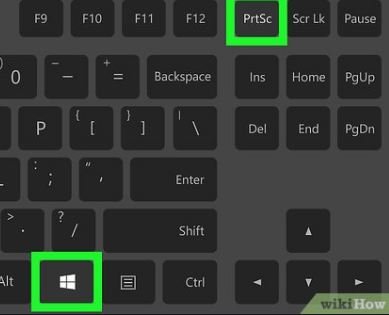 One good feature of Dell is that the keyboards give a dedicated Print Screen key for screenshots. Each dell computer model has its unique model with some abbreviation of Print Screen likePrntScrn, PrntScr, or PrtScr. You will see the key in the upper right corner of the keyboard, close to the function keys.

If you are using a dell computer with Windows 7 and later versions, just click the Print Screen key to capture a desktop screenshot. However, to capture the active window rather than the entire desktop, click the Alt + Print Screen keys together. Also, you can make a window active by clicking on any part of it. After capturing, the image is stored in the system clipboard. You can paste it into Microsoft Word, Microsoft Paint, or any other application. To do this, click the Ctrl + V keyboard combination or select Paste from an application menu.

How to take a screenshot in Windows 10

To do this, click the Windows + Print Screen keys to capture a screenshot and save it to a file. Save the screenshot image as a PNG file in the Pictures/Screenshots folder. The name of the file is automatically supplied by Windows as Screenshot(1).png, Screenshot(2).png accordingly. However, the screenshot folder starts existing from the moment you start taking Screenshots.

What if your computer does not have the Print Screen Key?

In certain dell keyboards, Print Screen is combined with one of the function keys like F1 to F12. For such systems, a Print Screen label is included on the key. Click the Fn key along with the right F key that performs a screenshot capture. Some systems make a sound when you screenshot.

What of tablets without keyboards?

To take a screenshot on Dell tablets running Windows 10, just click the Windows logo + Volume Down buttons at the same time. This will dim the screen for a while and save it as a PNG file in the Screenshots folder.

Another great option is the Snipping Tool utility available with Windows versions 7, 8, and 10. To find the snipping tool, type Snipping Tool into the search field on the Start button menu. Use it to draw a rectangle or free-form shape around an area of the screen you want to capture. You can even do a full-screen capture if that’s what you want. This is simple too.

Once you capture an image, you will see it in the display area of the Snipping Tool. After this, use a pen or highlighter tool to make notes on the image and draw attention to some areas. Further, you can use an eraser tool to remove added notes. This image is saved in a standard file format like PNG, GIF, or JPEG. Automatically, it copies to the system clipboard, you can paste it to other applications.

I hope you can now know to Do a Screenshot on a Dell Keyboard. Surely, you have learned many ways to do it. Do you have questions? If yes, let’s see them in the comment section.