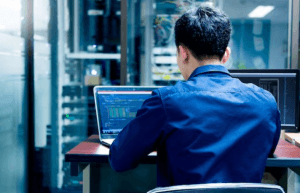 Hacking is identifying weaknesses in computer systems or networks to exploit its weaknesses to gain access to users’ files or information.

What is Ethical Hacking?

Ethical hacking — also known as penetration testing or white-hat hacking — involves the use of tools, tricks, and techniques to gain access to users or organizational information but with one major difference: Ethical hacking is legal.

Ethical Hacking is performed with the target’s permission. The intent of ethical hacking is to discover vulnerabilities from a hacker’s viewpoint so systems can be better secured. It’s part of an overall information risk management program that allows for ongoing security improvements. Ethical hacking can also ensure that the vendor’s claims about the security of their products are legitimate.

Ethical hackers conduct controlled cyber-attacks on web applications and servers called penetration tests aka pentests to find vulnerabilities and fix them. Unlike malicious ‘black hat’ hackers who exploit these for illegitimate gains.

Ethical hackers and security experts provide the company with details needed to fix flaws before black hat hackers can find these flaws and exploit them. Cybercriminals and ethical hackers think alike and hence businesses will have a deeper insight into how a hacker thinks like.

Without pentests, security holes, exploits, bugs, and zero-days will remain unnoticed and existent thus, leaving an organization or business in a position that a black hat hacker or cybercriminal could cause both monetary and goodwill loss.

What is white hat hacking; white hat hackers are security researchers or ethical hackers who break security for good reasons. Either to test the security system or to perform penetration tests and vulnerability assessments for a client.

White hat hackers inform the company they work for once they discover a vulnerability in software so that the flaw can be fixed. For identifying any flaws in software, companies that have bug bounty programs these days pay white hat hackers.

Grey hat hackers are those who may work offensively or defensively, depending on the situation. Hackers who don’t have malicious intentions but still like to break into a third-party system for fun or just for showing the existence of the vulnerability.

Black Hat hackers are really bad guys, cybercriminals, who have malicious intent. The hackers who steal money, infect systems with malware, etc. are referred to as Black Hat hackers. They use their knowledge to exploit people.

Goals of an Ethical Hacker

Whether perpetrated by an ethical hacker or malicious hacker, all attacks are an attempt to breach computer system security. Security consists of four basic elements:

Ethical hackers who stay a step ahead of malicious hackers must be computer systems experts who are very knowledgeable about computer programming, networking, and operating systems. In-depth knowledge about highly targeted platforms (such as Windows, Unix, and Linux) is also a requirement.

Patience, persistence, and immense perseverance are important qualities for ethical hackers. Because of the length of time and level of concentration required for most attacks to pay off. Networking, web programming, and database skills are all useful in performing ethical hacking and vulnerability testing.

Starting a career can pay off, and anyone can grow from beginner to an expert but it is not as easy as it looks. There are some basic rules that you have to follow to become an ethical hacker.

Hacking is not a small topic it is a vast topic so you have to find a good book that can solve your doubts. If you are a newbie, the book “Hacking Secrets Exposed” is a perfect source for learning.

So, the basic knowledge you need for hacking is a good knowledge of systems (a computer system, networks, websites, etc.). How it works, how they communicate, how they secure, networking concepts.

Don’t expect to become an expert in a week. You need to have patience and will to never give up. Start with the basics of computers, we all operate this wonderful device but we hardly know how it works.

Especially applications like browsers should be your area of interest, read a lot. “How browsers work, how they communicate and send data to the servers, HTTP headers, DNS” are few important points to cover. Learn about different domains (web, apps, network,) then choose one and concentrate on that.

Get friendly with any LINUX operating system. I recommend using Kali Linux as it has 1000 of the tools preloaded in it. It is the most used OS used by hackers for penetration testing. The best thing about Kali Linux is it is free of cost open source and user-friendly.

Prepare for the CEH certificate it is very valuable. For becoming a certified ethical hacker appropriate certification from the International Council of Electronic Commerce Consultants (the EC-Council) is required. Certification requires that you have to pass a 4-hour exam, which contains 125 multiple-choice questions and the exam costs $500.

To become a good ethical hacker start with setting realistic goals for yourself. Finding bugs and flaws is a difficult task. Try to track a single goal until accomplished before you move to the next one.

More also, try to be active in hacking forums. Participate in Bug bounty programs (This will help you with how to find bugs or loopholes in different websites or applications). Build something by yourself (application/website etc.), this will help you to understand how to work internally. Be aware of the latest technology updates.

Finally, Hacking is all about finding backdoors and cracking codes, so curiosity is the first prerequisite just like we rightly mentioned in number one of this post.

Hope this post has helped! Don’t forget to use the comment box below for comments, questions, and contributions.